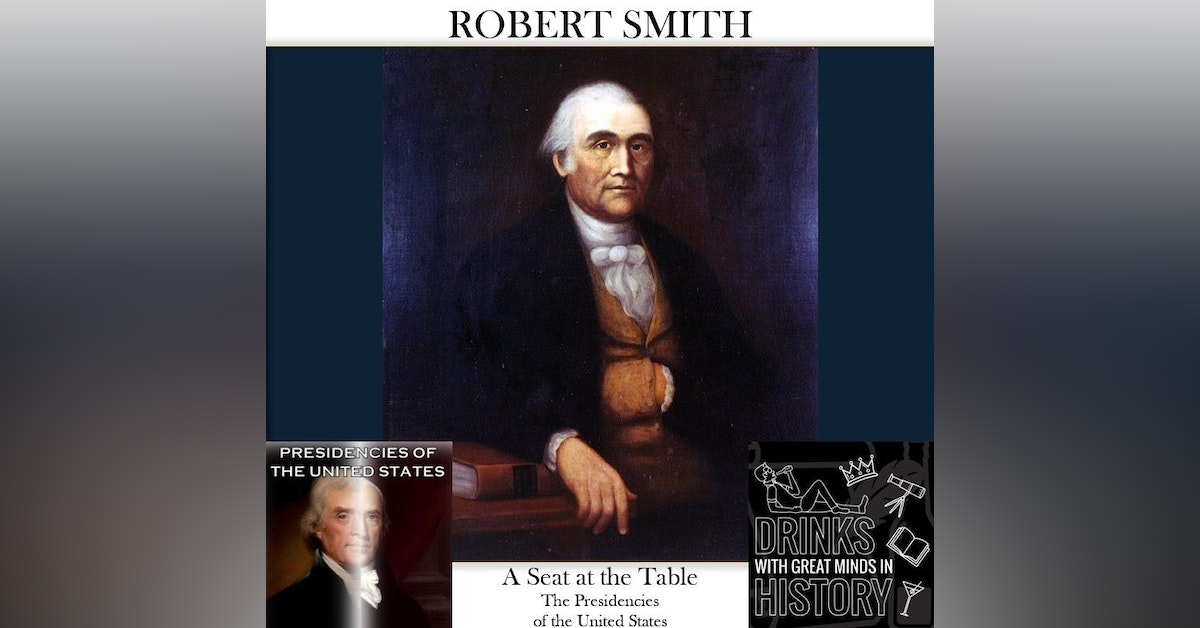 Propelled to national office by circumstance, Robert Smith's time in the Cabinet would be a tale of two presidencies. While achieving much success as Jefferson's Secretary of the Navy, he would become embroiled in political controversy as Madison's first Secretary of State. Together with my special guest, Zach (aka: Mr. DGMH) from Drinks with Great Minds in History, we explore the life and legacy of this often maligned Cabinet member in order to determine if this infamous reputation is deserved or if Smith should be invited to take up a seat at the table of the Cabinet All-Stars.

Special thanks to my guest for this episode, Zach (aka: Mr. DGMH) of Drinks with Great Minds in History!