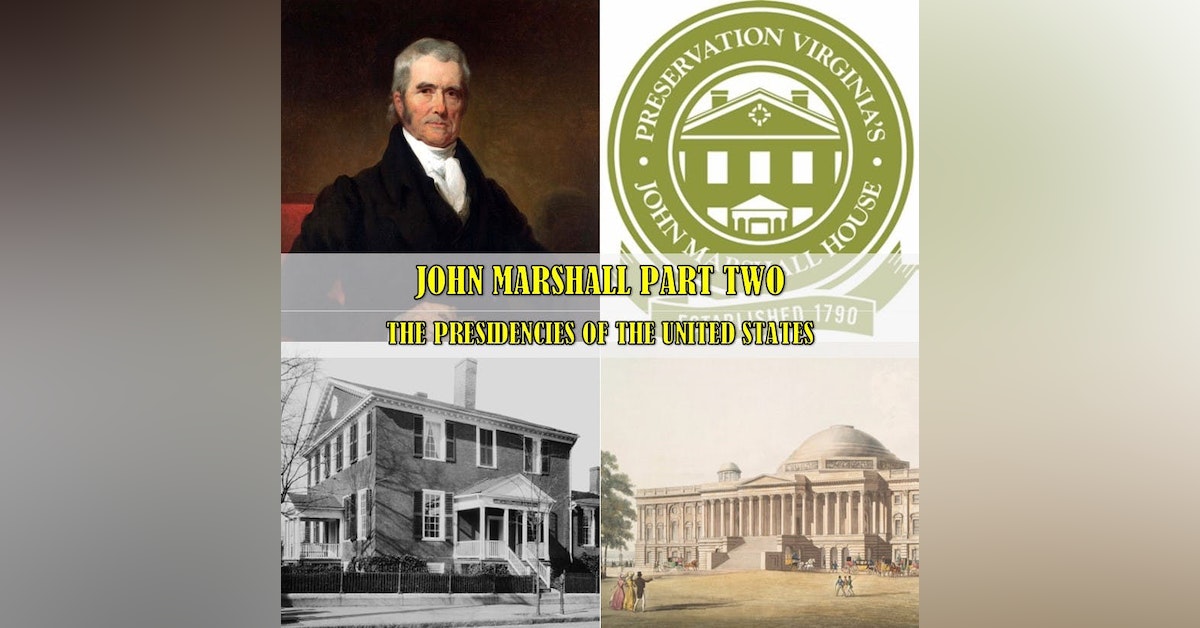 As a follow-up episode focused more on John Marshall's lengthy tenure as Chief Justice of the Supreme Court, I am joined by Ben Lovelace and Matthew Nichol of the John Marshall House for a discussion on his historical and legal legacy as well as to get a better sense of Marshall as an individual. Our conversation ranged across a variety of topics including his role in reshaping the Judicial branch of government, various key cases that set precedents being applied in the present day, and Marshall's influence, both personally and from the bench, on the expansion of slavery in the United States as well as the nation's relations with the native peoples of North America.

Special thanks to Ben Lovelace and Matthew Nichol of the John Marshall House for joining me on this episode!