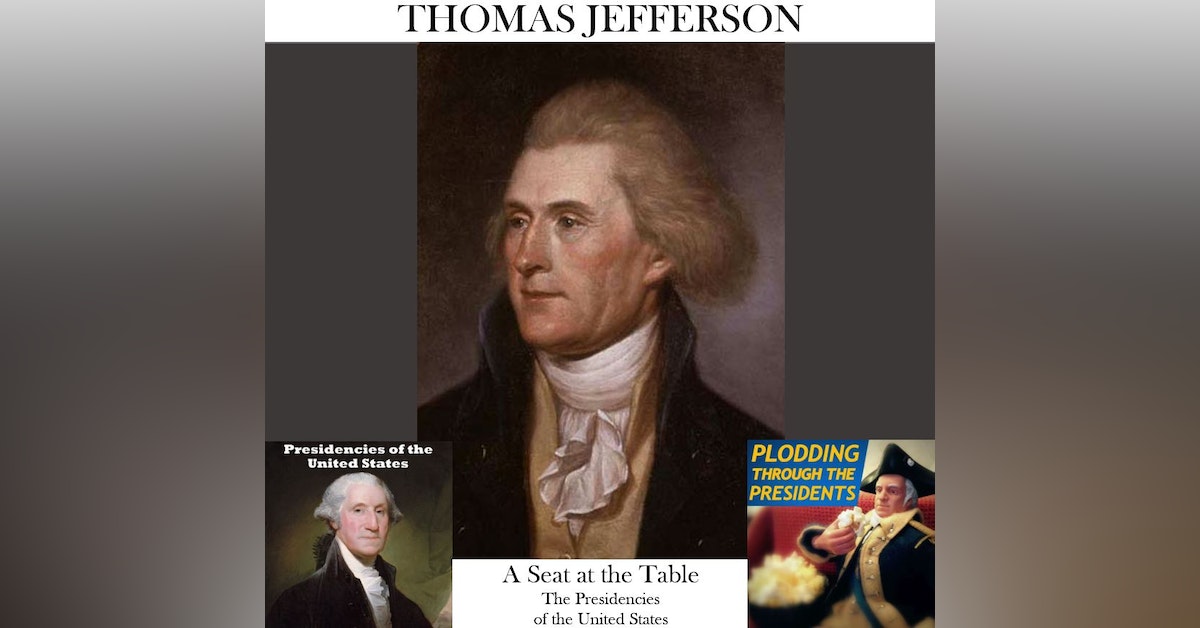 We’ve spent a good amount of time in the narrative talking about Jefferson as the third US president, but in this episode, while also exploring his life and career as a whole, we focus in a bit on Jefferson’s tenure as Secretary of State in the Washington administration.

Thanks so much to my special guests for this episode, Howard and Jess from Plodding Through the Presidents!