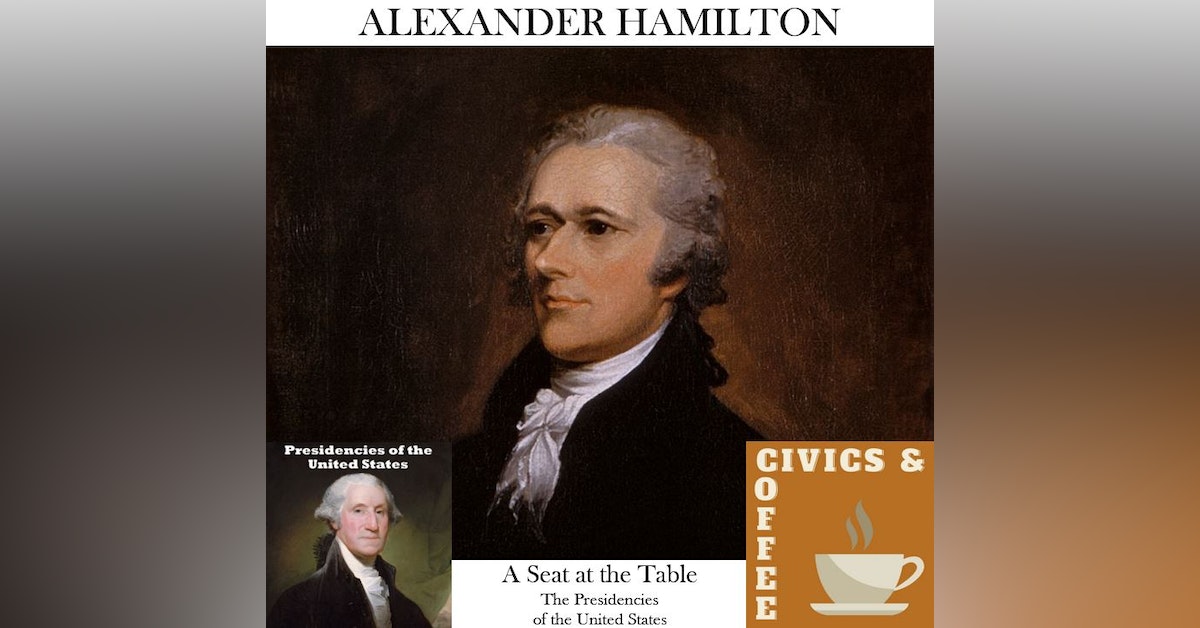 We begin our new special series with the first Cabinet member to assume office under the constitutional government – Alexander Hamilton! You may have seen the musical, but there are a few more parts of his history that didn’t make it into that production.

Thanks so much to my special guest for this episode – Alycia from the Civics & Coffee Podcast!