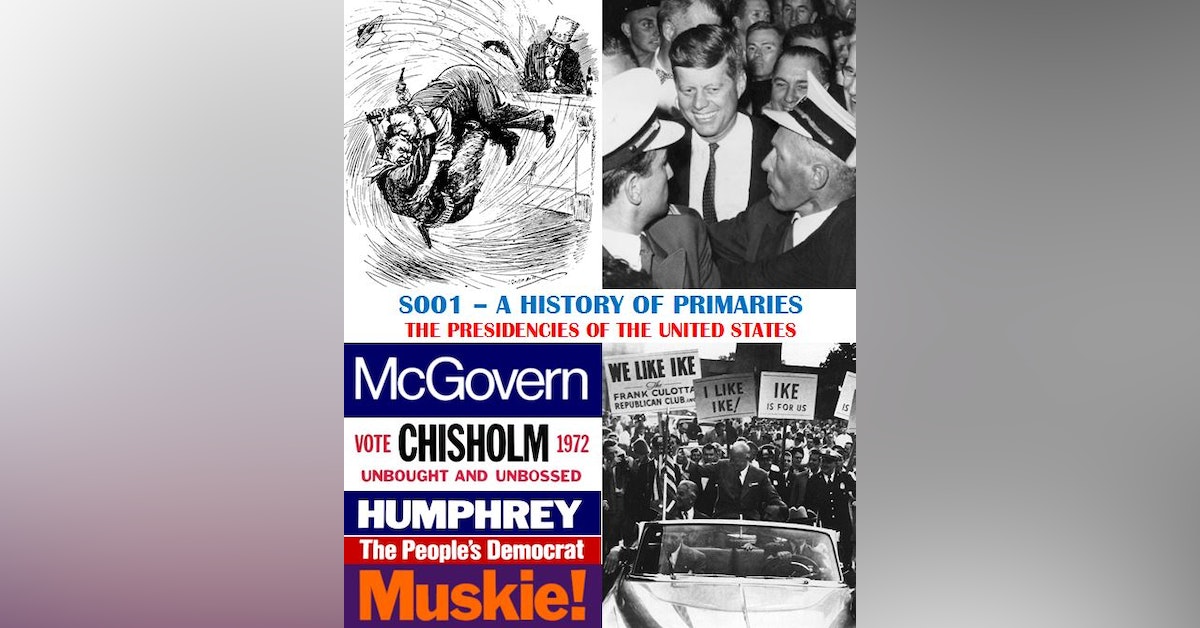 Did you know that presidential primaries in the United States are a rather modern innovation and that for a long time, presidential primary winners often didn’t end up as the party’s nominee? Learn how the primary system came to be what it is today, the varying impacts it has had on presidential campaigns since its inception, and why it took so long to play a key role in choosing presidential nominees.

Special thanks to Ben of the Thugs and Miracles podcast, Emily and Kelley of the Wining About Herstory podcast, Dan, and Alex for their contributions to this episode!

Featured Image: “For Auld Lang Syne” by Leonard Raven-Hill [May 1912], courtesy of Wikipedia