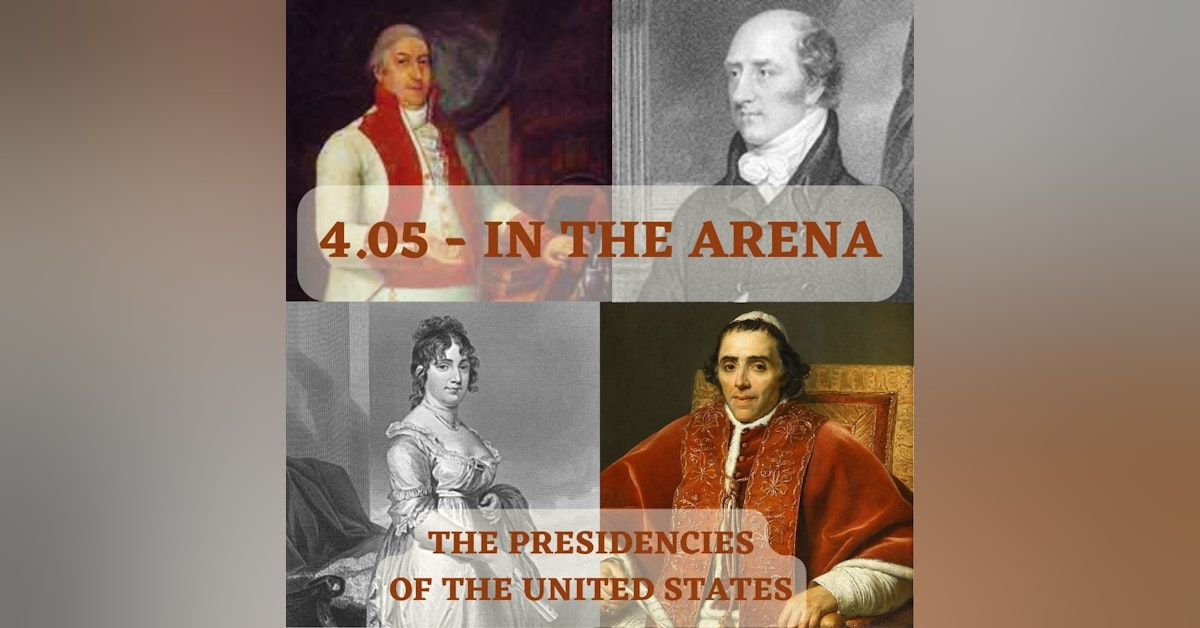 A new congressional session provided an opportunity for the President and his wife to make their mark on the Washington political and social scene as they invited guests into the refurbished President’s House. Meanwhile, General James Wilkinson continued with his intrigues down in New Orleans, but rather than establishing a pseudo-dictatorship again, his affairs were more of a personal nature. Over in Europe, Austria rose up once more against the French Empire, and Napoleon had to scramble to avoid defeat.

Special thanks to Stephen from the History of Tammany Hall podcast for providing the intro quote for this episode and to Christian at Your Podcast Pal for his audio editing work on this episode!

The transcript for this episode can be found at this link.