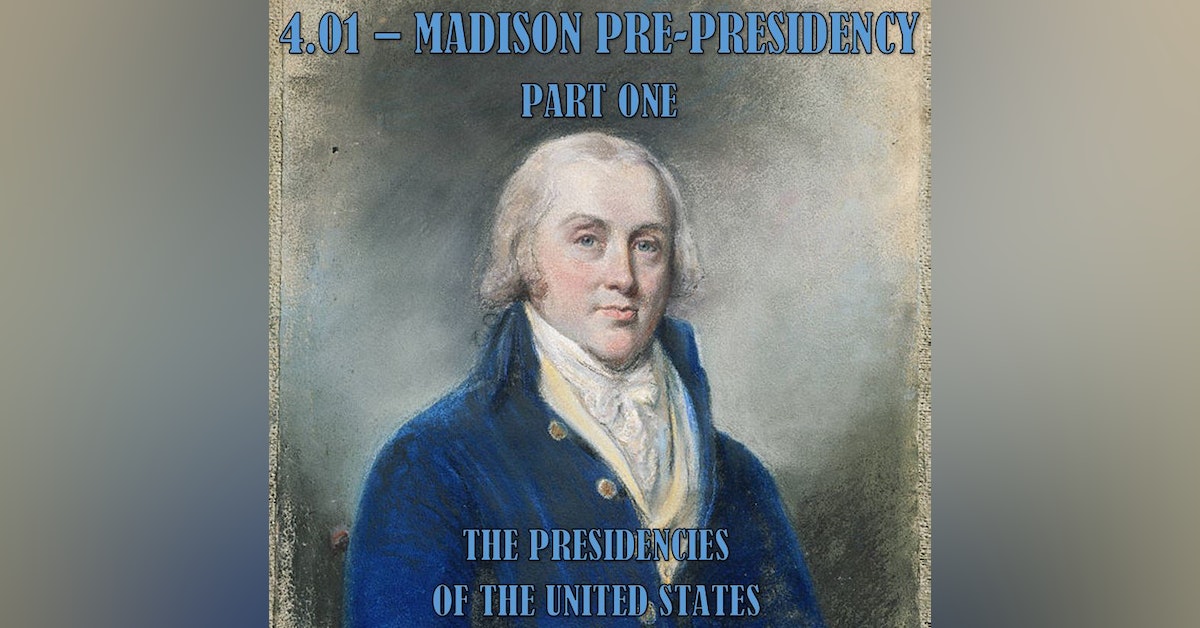 As part of a family that had been on a steady rise in society since its earliest days in the Virginia colony, James Madison, Jr. was expected to do great things from the time of his birth, but his family could scarcely have imagined the heights to which he would rise. After an accelerated collegiate career and a few initial stumbles as a young man, Madison gradually worked his way into becoming a force in state and national politics. However, as someone not content with ignoring issues in the status quo, Madison would soon find his calling as a champion for innovation.

Special thanks to Shawn from the American History Podcast for providing the intro quote and for Christian at Your Podcast Pal for his audio editing services for this episode!

The transcript for this episode can be found at this link.