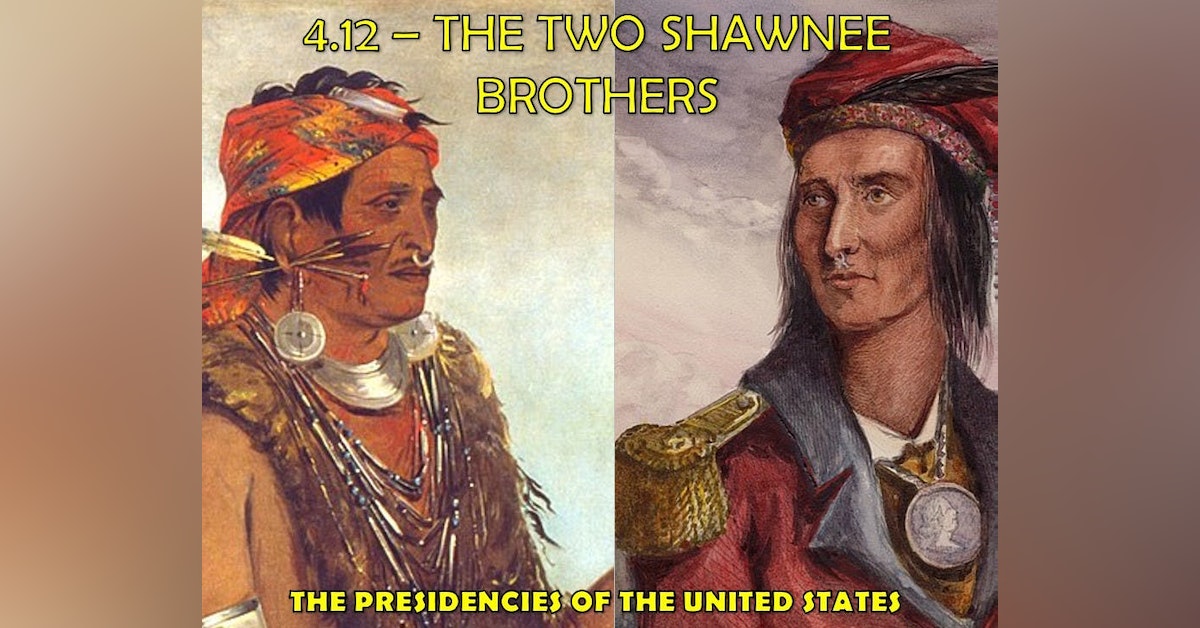 In the latter decades of the 18th and the first decade of the 19th century, native peoples in the old Northwest found themselves under threat from a westward push from Europeans wishing to settle on their lands and being treated as pawns in conflicts between European powers and the US. Out of this chaotic time, two key leaders emerged - Tecumseh and Tenskwatawa - who would devote themselves to the cause of restoring native cultures and societal structures and rally support to push back against the near-constant demands by US officials for greater land cessions. Sources used in this episode can be found at https://www.presidenciespodcast.com.

Special thanks to Eric and Matt of the Ranking 76 podcast for providing the intro quotes for this episode, and thanks to Christian of Your Podcast Pal for his audio editing work on this episode!

The Ranking 76 episodes referenced in the episode are as follows: