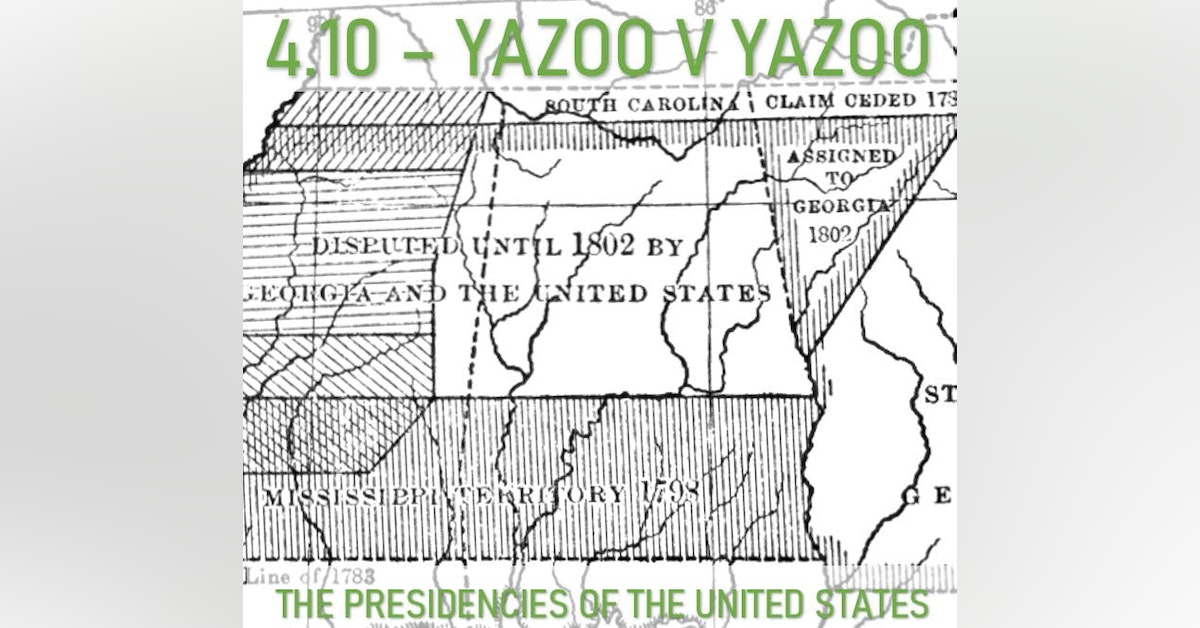 For fifteen years, one controversy popped up time and again to disrupt the public arena - the Yazoo Land Controversy. From newspaper essays to debates in Congress, this issue involved some of the biggest leaders of the time including Alexander Hamilton, John Randolph of Roanoke, John Quincy Adams, and James Madison. Finally, in 1810, the Supreme Court took up a case that would look to settle the matter once and for all and, in the process, set an important constitutional precedent. Sources used for this episode can be found at https://www.presidenciespodcast.com.

Special thanks to JP and Alex for providing the intro quotes for this episode and to Christian of Your Podcast Pal for his audio editing work on this episode!