4.09 - Fear and Loathing in Napoleonic Europe 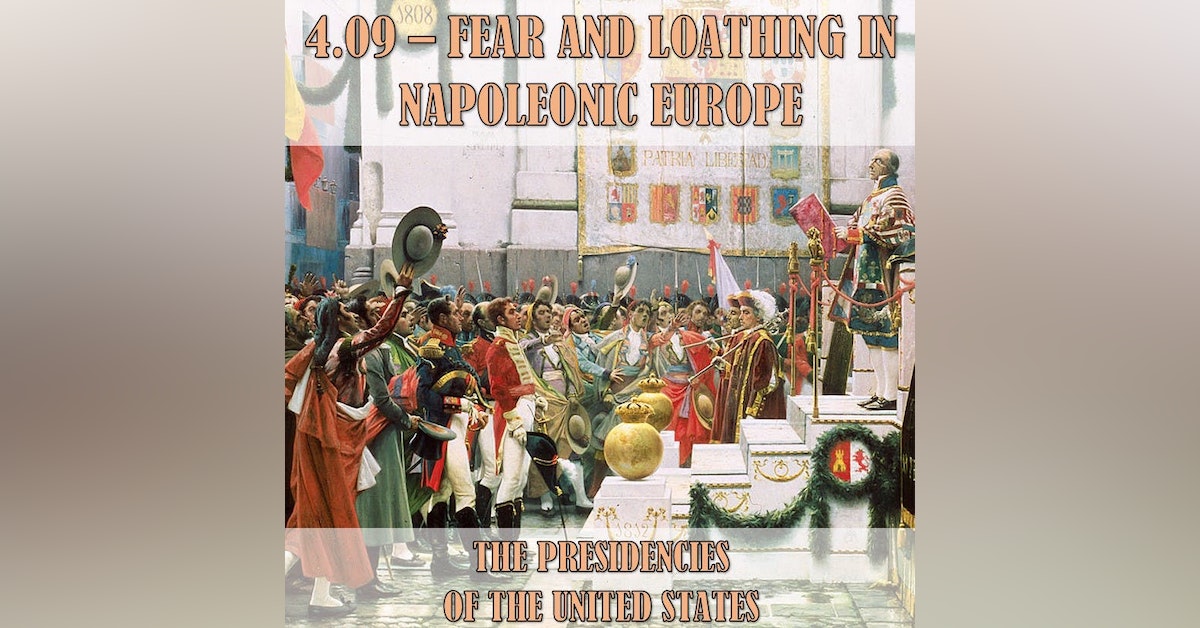 Despite achieving a victory in the War of the Fifth Coalition, French Emperor Napoleon's hold on control over the European continent was looking increasingly shaky. This would make the reception received by the new US Minister to Russia John Quincy Adams a warm one as Russia was on the hunt for new allies. Meanwhile, wealthy American businessman and merchant John Jacob Astor set in motion plans to create a trading network across the globe that would also include trading posts across the North American continent including a key new settlement on the west coast. Sources used for this episode can be found at https://www.presidenciespodcast.com.

Special thanks to Roberto of the History of Saqartvelo Georgia and Tsar Power for providing the intro quote for this episode and to Christian of Your Podcast Pal for his audio editing work on this episode!