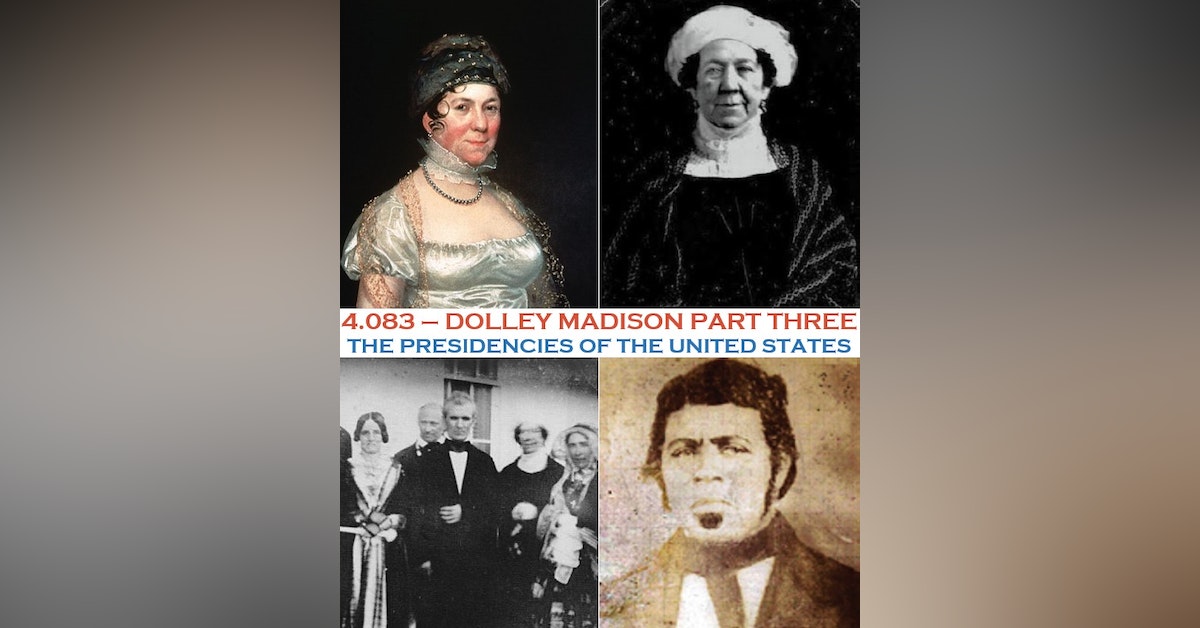 James and Dolley Madison left Washington, DC in 1817 anticipating a peaceful retirement in Montpelier. Little did they know what life had in store for them or that Dolley would end up returning to the social circles of the leading politicians in the nation's capital. Learn more about the triumphs and tribulations faced by the former Lady Presidentress in her later years and the legacy that she left by listening to this episode. Sources used for this episode can be found at https://www.presidenciespodcast.com.

Special thanks to Bry of Pontifacts, Matt of Ranking '76, and Stacey of History's Trainwrecks for providing the intro quotes for this episode, and thanks to Christian of Your Podcast Pal for his editing work on this episode!