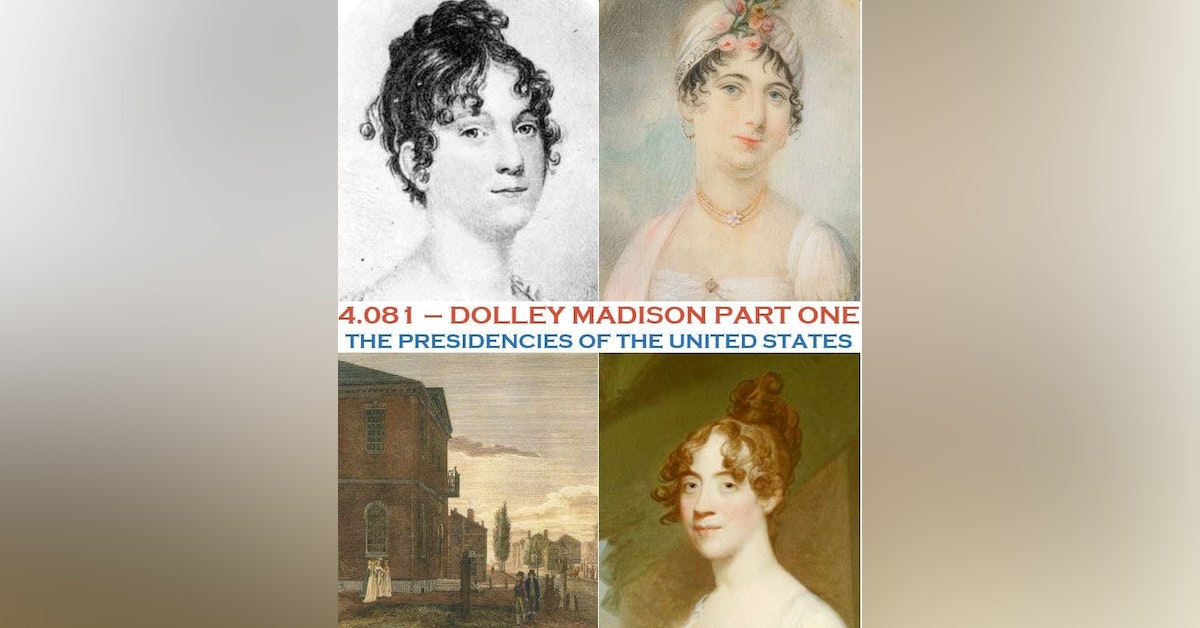 Born in a Southern log cabin, the woman who would go on to be the center of social life in the nation's capital developed her skills of charm and entertainment through formative years filled with uncertainty, turmoil, and tragedy. Join me as I explore the early life of Dolley Payne Todd Madison up to her husband's election as the fourth President of the United States. Sources used for this episode can be found at https://www.presidenciespodcast.com.

Special thanks to Kevin, Karen, and Alex for providing the intro quotes for this episode and to Alex Van Rose for his audio editing work!