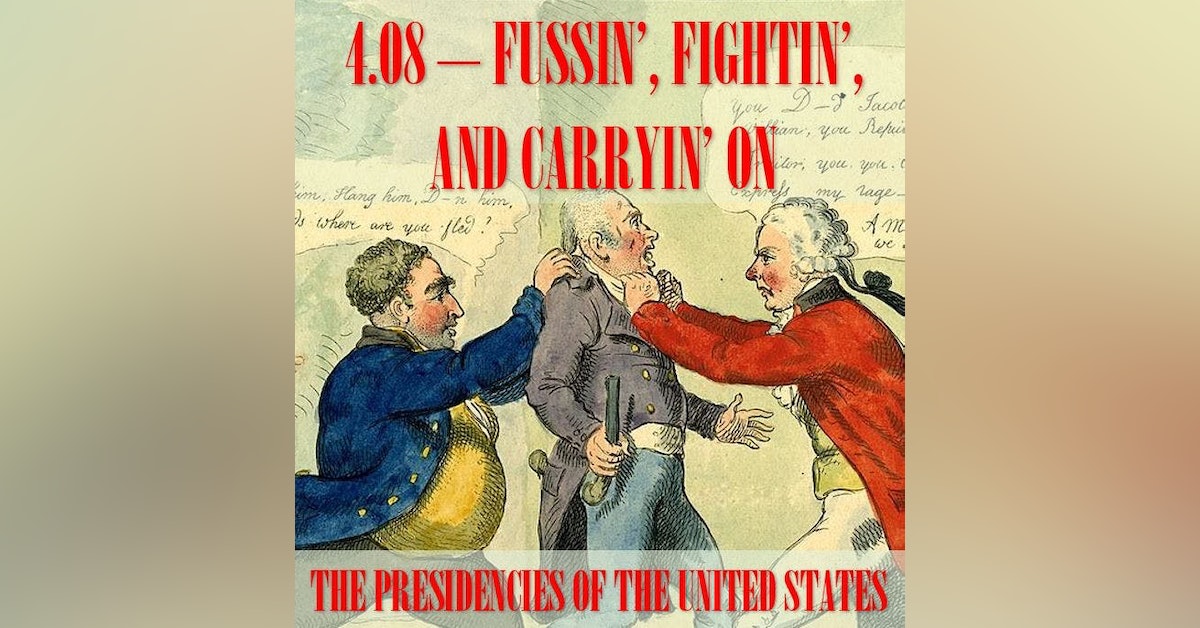 Content Note: This episode mentions the topic of suicide.

The Madison administration experienced numerous setbacks and embarrassments in the latter part of 1809. The President's private secretary, Isaac Coles, committed an egregious breach of privilege while on official business. Around the same time, Dolley Madison's brother-in-law, Rep. John Jackson, got into an altercation with one of his colleagues in the House. Meanwhile, the administration had to find a new governor of the Louisiana Territory after the untimely demise of Meriwether Lewis.

Sources used for this episode can be found at https://www.presidenciespodcast.com.

Special thanks to Eric of the Ranking '76 Podcast for providing the intro quote for this episode and to Alex Van Rose for his audio editing work on this episode!

The transcript for the episode can be found here.