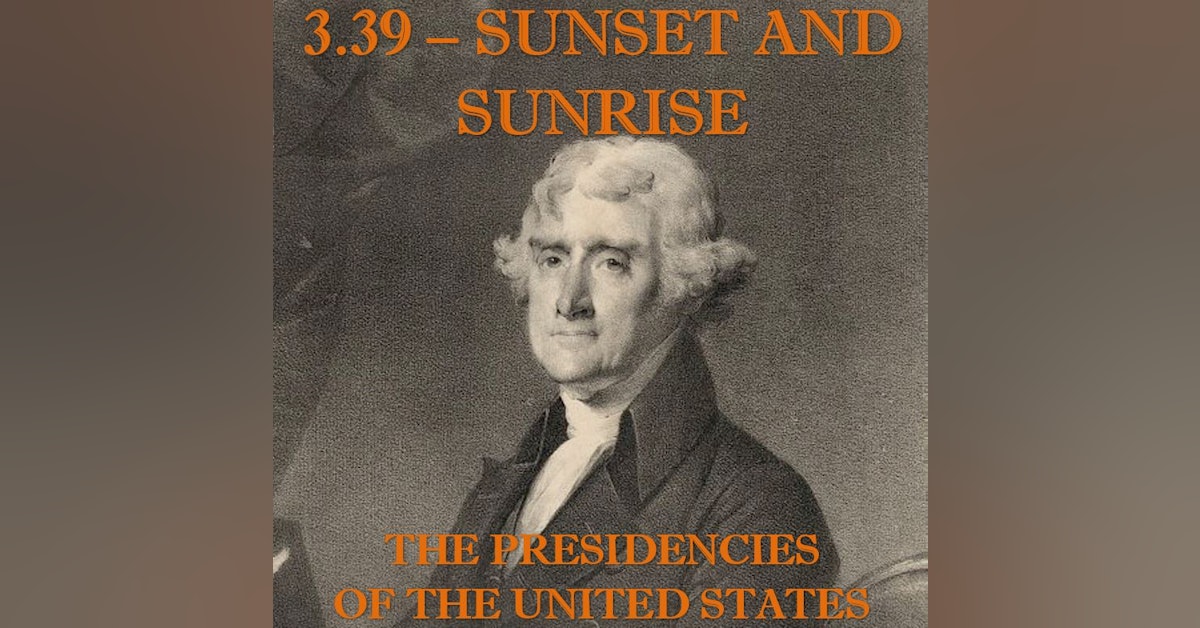 As the end of Jefferson’s second term neared, the Embargo Act came under increasing criticism at home, Napoleon’s plans for conquest continued apace in Europe, and the nation chose the man who would become the fourth President of the United States. Though the clock had not struck on his presidency, his last months in office would find the man who had been a leader for decades take a step back as his thoughts turned increasingly to his life once he left the President’s House.

Special thanks to Leah and Rachel of Hashtag History, Will of American History Geek, and Alex for providing the intro quotes for this episode! Thanks also to Alex Van Rose for his audio editing work!