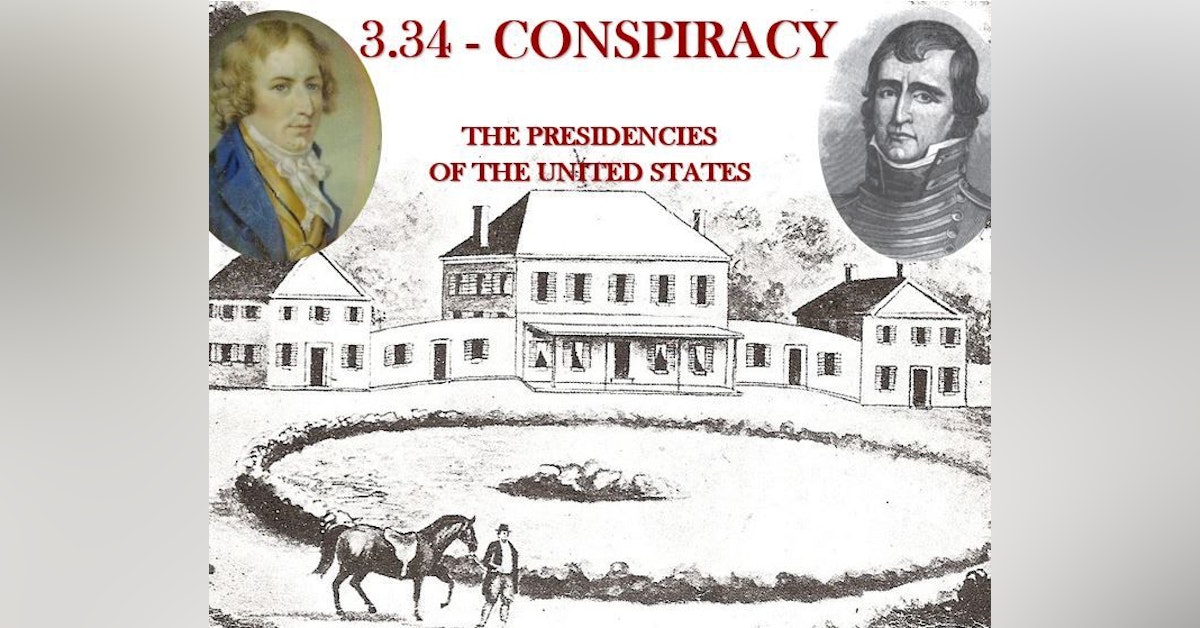 Aaron Burr’s plans were finally starting to come to fruition, but little did the former Vice President know that he had a turncoat in his midst. Meanwhile, as the Jefferson administration struggled to get a grasp of the scope of the conspiracy, it was forced to action, and the haphazard nature of it would have consequences on down the line.

Special thanks to Jacob from the Podcast on Germany and listener Brian for providing the intro quotes for this episode!