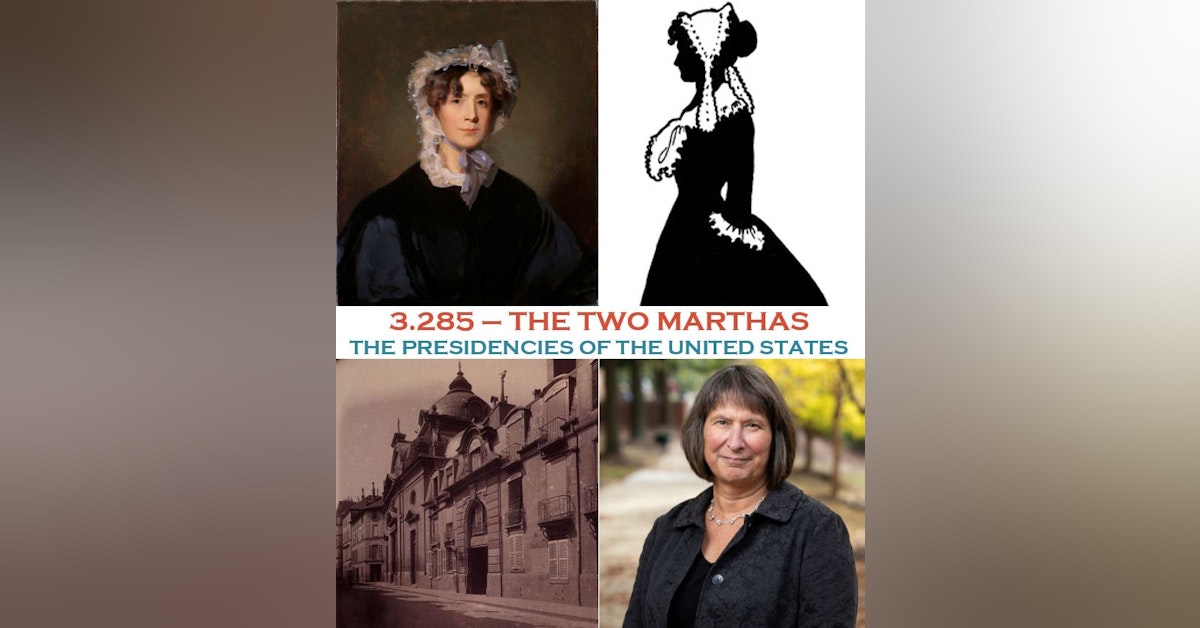 Studies of Thomas Jefferson’s life often discuss the impact of the two Marthas – his wife, Martha Wayles Skelton Jefferson, and his daughter, Martha Jefferson Randolph – on him, but few studies examine matters with the focus on the lives of the two women. While our knowledge of Martha Jefferson is limited, in this episode, we sift through the fragments of what we know about her before shifting to her daughter, Martha Jefferson Randolph. In addition to the narrative, part of the episode features an interview with a special guest, Dr. Cynthia A. Kierner, whose biography of Martha is an invaluable resource for learning more about a person who was educated in Paris and mingled with presidents and political leaders but is far too often relegated to the background of history. Her life has much to tell us about the role of women and families in the early republic as well as in US presidential history.