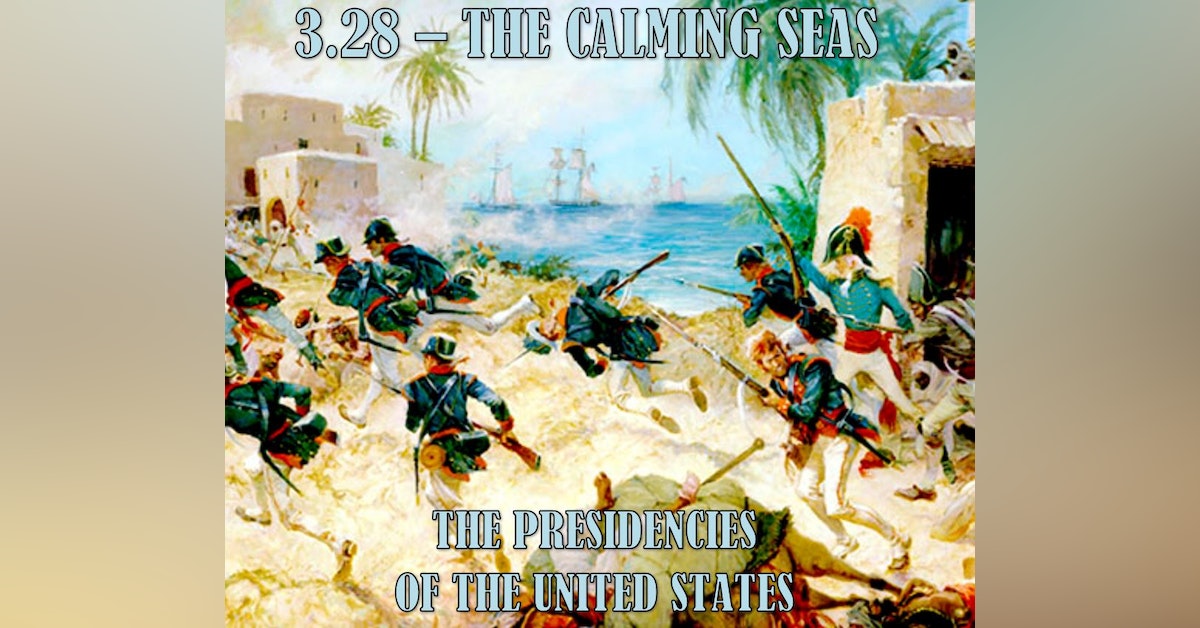 With the war with Tripoli continuing to drag on year after year, Jefferson and his administration had to determine whether the best course to bring it to a conclusion lay with opening up a new front by partnering with foreign agents or through engaging in a new round of diplomacy. Meanwhile, a change in the command of the US naval squadron in the Mediterranean took the wind out of the sails of what had been an energetic force.

Special thanks to Anthony of Disastrous History for providing the intro quote for this episode!