3.26 – Present but Absent: The Hemings Family of Monticello 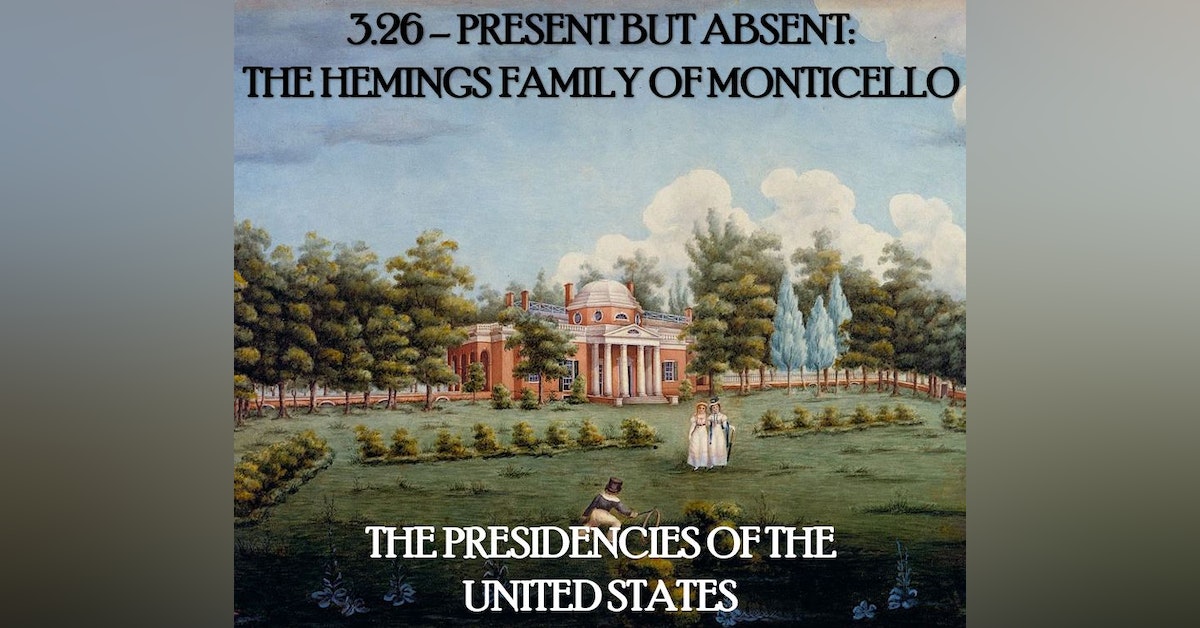 Throughout Jefferson’s life and career, he was surrounded and served by various enslaved individuals of three generations of the same family. In this episode, we examine the lives of the Hemings family as some worked to attain their freedom, other Hemingses disappeared from the historical record without a trace, and one became the most famous enslaved individual in the United States for bearing the third President’s children.

Special thanks to Countryboi of One Mic: Black History Podcast for providing the intro quote for this episode and to Andrew Pfannkuche for his audio editing assistance with this episode!

Additional information on the Hemings family can be found at the Monticello website.

Featured Image: “View of the West Front of Monticello and Garden” by Jane Braddock [c. 1825], courtesy of Wikipedia