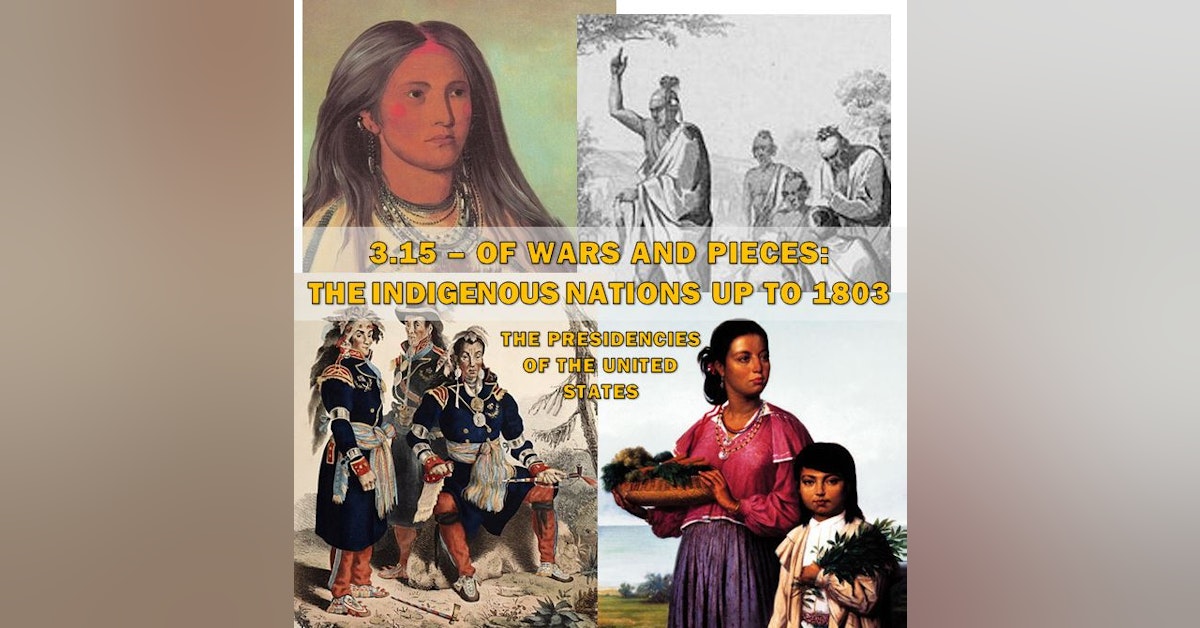 Content Note: This episode discusses the epidemics that spread through indigenous populations in the Americas upon the increased and sustained contact with Europeans starting at the end of the 15th century.

Over the course of millennia, the peoples of the Americas developed rich cultures and prosperous nations that were often unique to one another as well as on the global stage. However, the course of these civilizations was forever changed as European explorers and settlers came from across the Atlantic in ever increasing numbers. In this episode, we’ll take some time to examine the indigenous nations present in what became the eastern and central portions of the United States leading up to the year 1803 and the Louisiana Purchase.