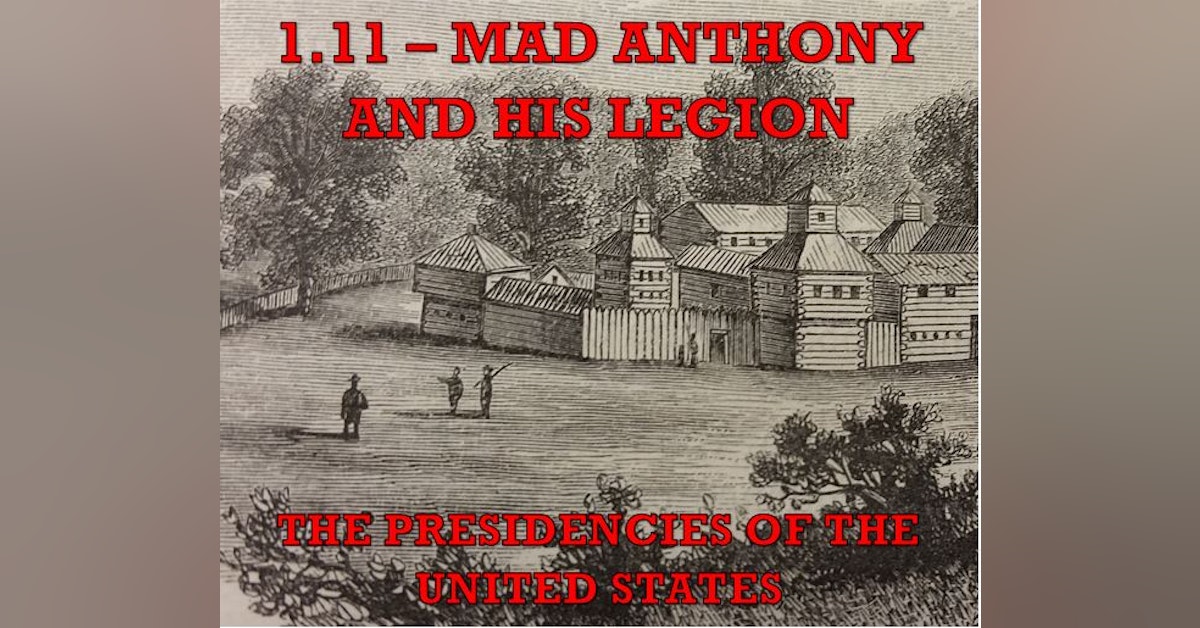 Washington hopes that third time will be the charm as he taps Anthony Wayne, a general who had served under him in the Revolutionary War, to take command of the Army following St. Clair’s defeat and to prosecute military action against native forces in the old Northwest. Wayne, who earned the nickname of “Mad Anthony” during the war, is not necessarily what one would call a conventional officer, however. Will Washington’s gamble pay off? Meanwhile, unknown to everyone, a spy lurks in the midst of the military forces in the West and threatens the future westward expansion of the United States.

The episode of the Harrison Podcast referenced in this episode is Episode 13 – Here and There or Maybe Over There: The Wandering Start of William Henry Harrison.