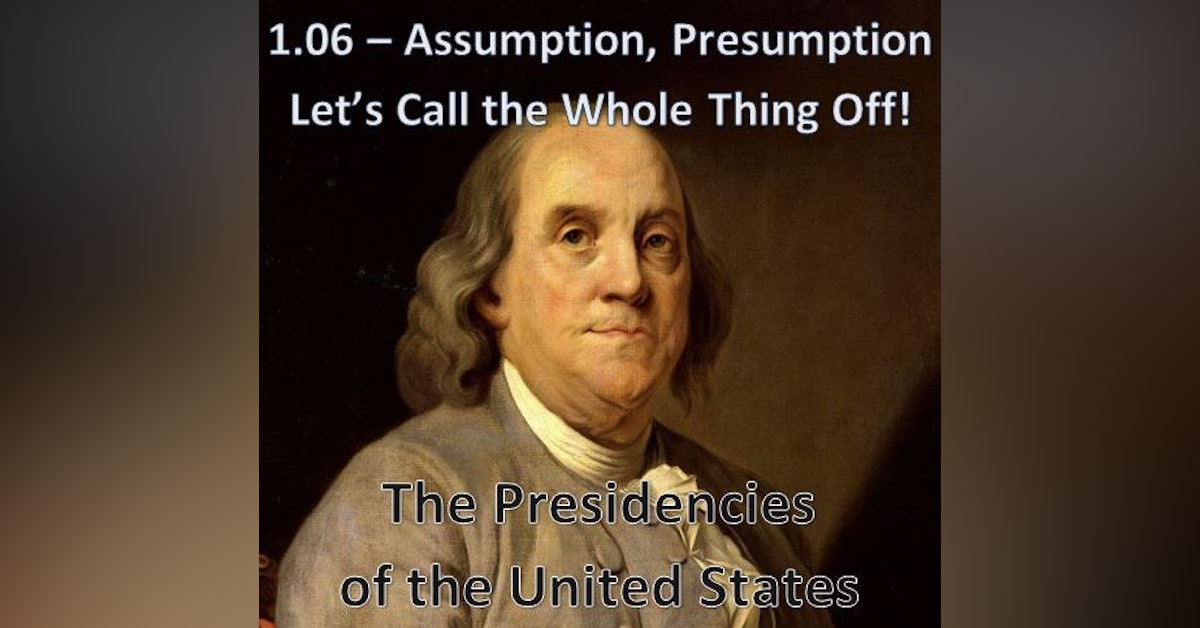 The new government of the United States comes grinding to a halt in the spring and summer of 1790 as Congress reaches an impasse on both Hamilton’s proposed public credit scheme and the decision of where the new government should be permanently located. Ultimately, a decision is reached on both, but how it came about is rather complicated. If you’ve ever heard of the Compromise of 1790, then you’ll want to listen to this episode as there’s more to the story than has been told over the years. Meanwhile, health concerns plague a couple of major American figures, bringing even more uncertainty to an already unstable time. All the big players are in this one – Jefferson, Hamilton, Madison, John Adams, Benjamin Franklin, Henry Knox, and, of course, Mr. President.