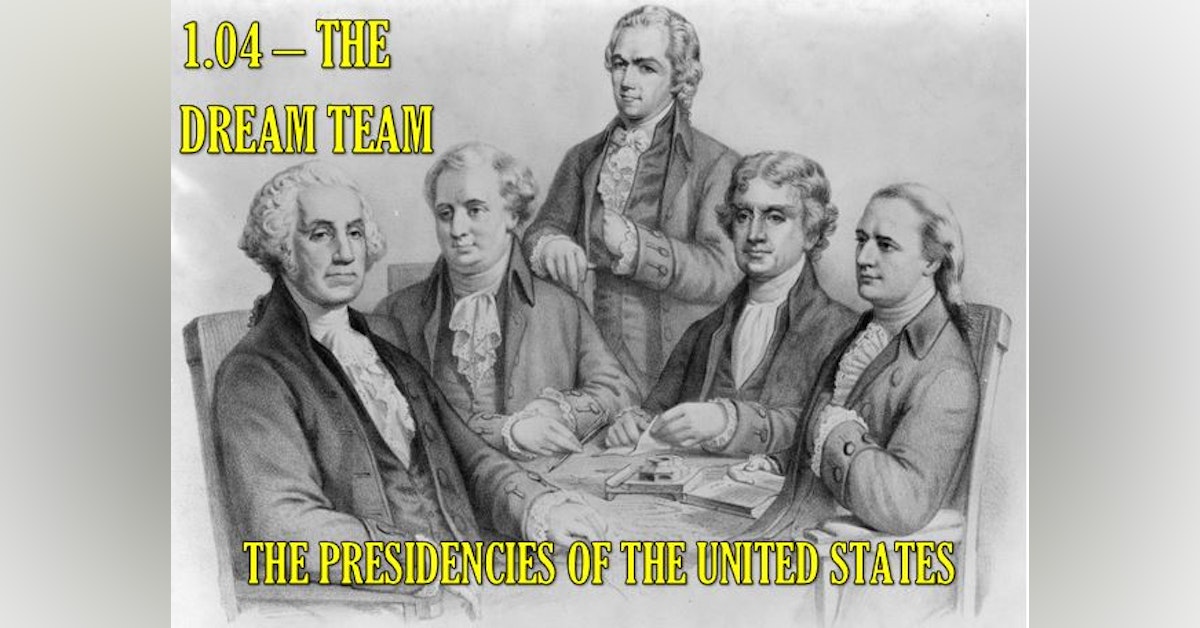 After a debate over how much authority Washington would exert over its officers, the executive branch begins to take shape. I examine both the original Cabinet members and the departments as they were at the beginning of the constitutional government. Then, as Washington leaves town to take a tour of the New England states, a personal scandal becomes the talk of the town in New York City. Romantic liaisons, conflicts of interest, and strong opinions over postal routes are all to be found in this episode.