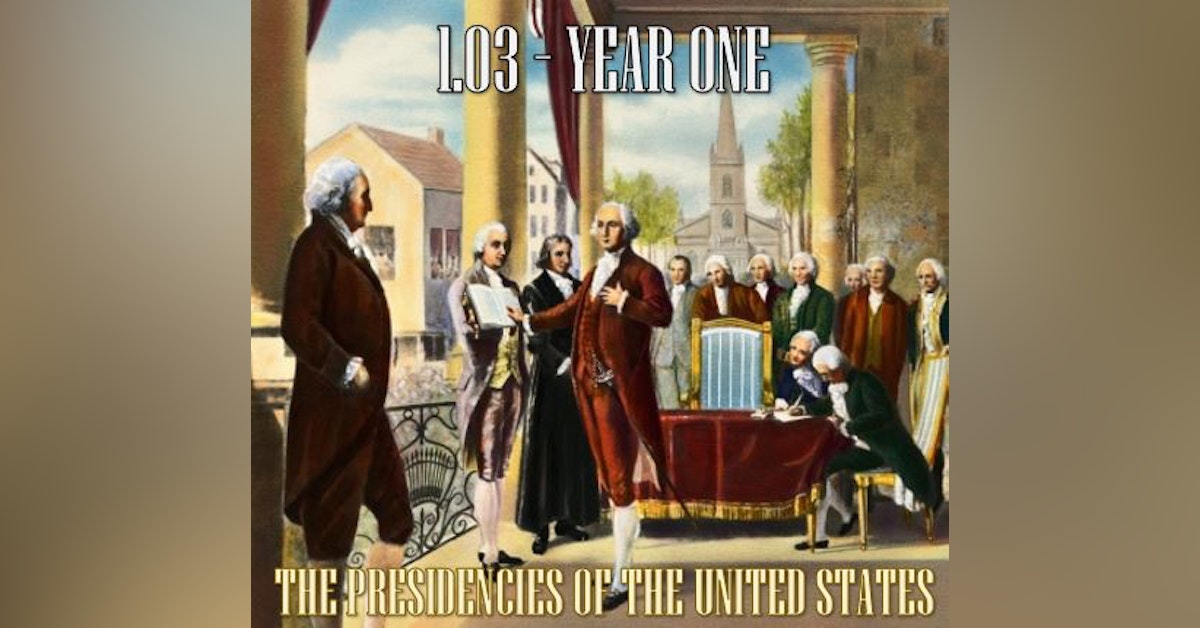 Washington’s inauguration, while starting up the wheels of the executive branch, leaves many questions to be answered by the first chief executive and the new government. What titles will be used to address the president? How will he make himself available to the public and to the other branches of government? What does seeking “the Advice and Consent of the Senate” really mean anyway? So much of what we take for granted with the presidency nowadays is established in Washington’s first few months on the job, and these precedents that he established in the early part of his administration are the focus of this episode.