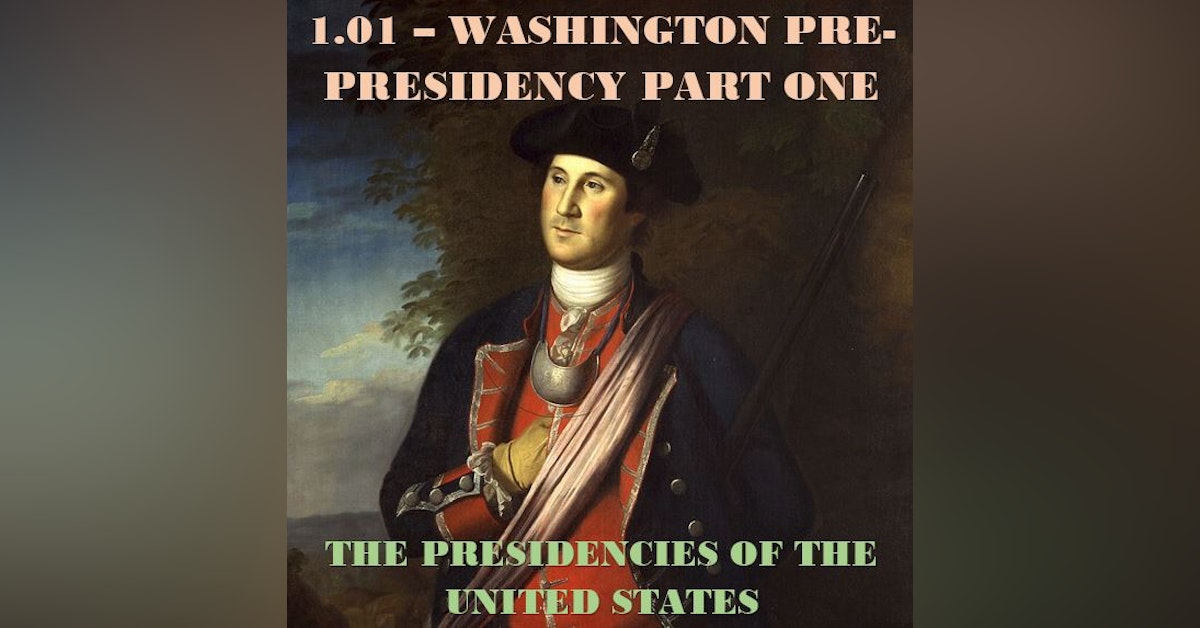 Our examination of George Washington begins with his early life in Virginia. Washington has to cope with personal loss and self-improvement as he works to make his way in the world. The coming of the French and Indian War takes his life in a new direction and sets the stage for the Revolution to come. We also look at his marriage to Martha Dandridge Custis and his establishment of industries based on slavery at Mount Vernon.

The intro and outro music for this episode as well as the remainder of the Washington episodes unless otherwise stated is from “Hail, Columbia” as performed by the US Navy Band. The full recording can be found at Wikipedia. The song was originally called “The President’s March” and was composed for Washington’s first inaugural. More information about the history of “Hail, Columbia” can be found at Wikipedia.