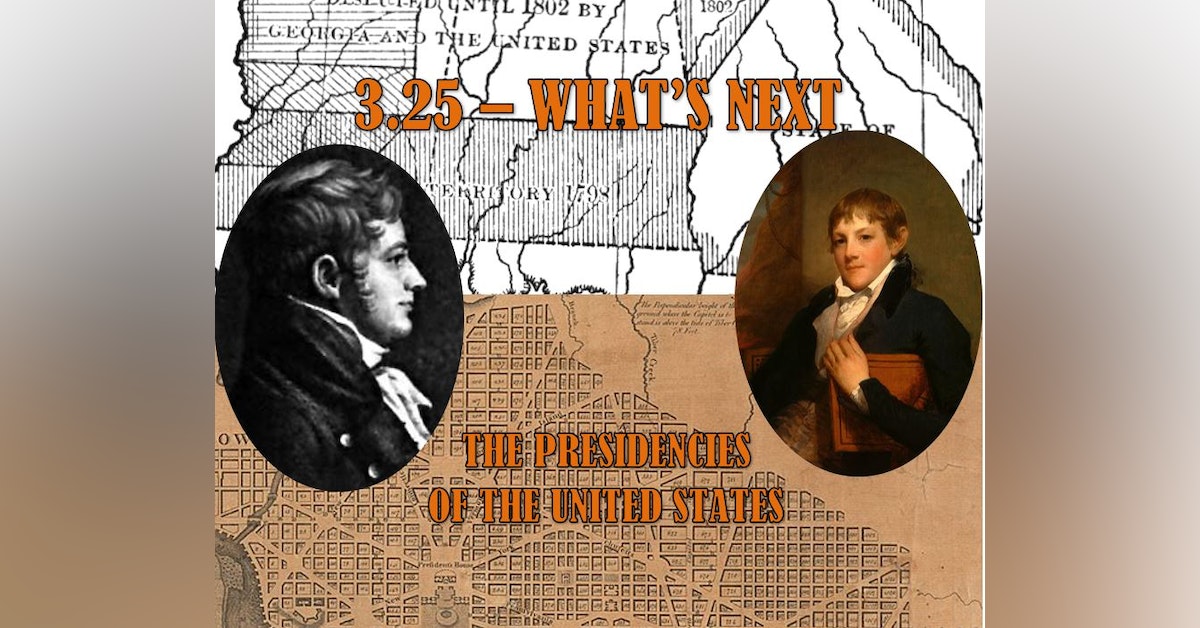 As James Monroe set off for his new special mission to Spain, a new congressional session began with Democratic-Republicans aiming to settle a long-standing issue as well as put their mark on the judiciary branch. However, they would find that their plans quickly went awry, and the events of early 1805 would have impacts on Jefferson’s second term and beyond.

Special thanks to Howard and Jess from Plodding Through the Presidents for providing the intro quote for this episode!